New Delhi: Union Defense Minister Rajnath Singh has said that the BJP government is sensitive towards the needs of the farmers and thats why the three controversial farm laws have been repealed.

Singh said, Our party is always sensitive towards farmers that's why our prime minister has repealed farm laws.

"Our Prime Minister Narendra Modi demonstrated a large heart and repealed the three farm laws. He (PM Modi) said that now that our farmers are adamant and we have failed to convince them, we should not develop conditions where we are forced to fire bullets on them, he said.

The Defence Minister also slammed the opposition parties and said, "Whatever may be, our government cannot kill a farmer. We look at our farmers with respect and our heads are bowed to them."

"If you check the past of opposition parties, you will see that they have fired bullets on the farmers numerous times. We (BJP) can never fire bullets on farmers or the Ram bhakts," he added.

Singh claimed that the BJP only wants to form a government "for the country" and not for the hunger for power. "Our party is the worlds largest party because of dedicated workers like you," he said while adding that the party does not make false promises.

"Even our election manifesto is free from false claims," Singh said.

The Defence Minister also said that in seven years of governance in the country, BJP has not been involved in any kind of corruption. "Its been 7 years, no one can point a finger at our leaders for involvement in corruption," he said.

Singh lauded Uttar Pradesh Chief Minister Yogi Adityanath and called him "exemplary" for the way he handled the COVID-19 pandemic situation. Uttar Pradesh is scheduled to go for Assembly polls in 2022. 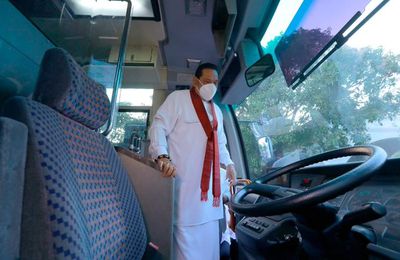